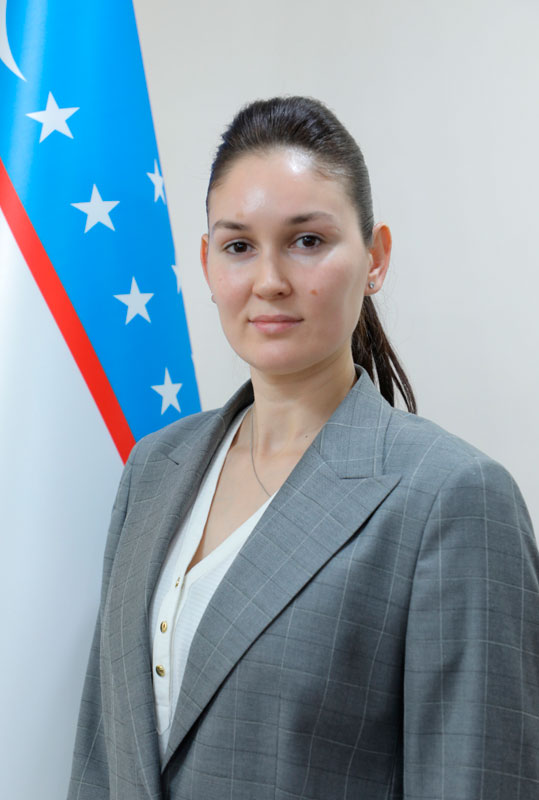 General Secretary of the Federation

In 2015 she graduated from the Uzbek State Institute of Physical Culture. Speciality: Taekwondo coach-teacher WT.

Multiple champion of the Republic and international tournaments, medalist of Asian championships, medalist of the World Championship among military personnel of CISM, participant of 3 Olympic Games (2004, 2012, 2016) in taekwondo WT.

From 2011 to 2017 - worked in the taekwondo WT association as a senior coach of the women's team.

At present, she is the chief secretary of the Federation, a trainer at the Athletica fitness club in Tashkent.